What is EBLR and Its Impact on Loan EMIs?

There are different base rates by which banks determine the rate of loans. These base rates are declared by India’s central bank, The Reserve Bank of India (RBI). Till 2019, the following rates were used to determine the loans in India.

Know About the EBLR Full Form

EBLR stands for External Benchmarks Lending Rate. According to the RBI's 5th bi-monthly Monetary Policy Statement (2018-19), floating interest rates for retail loans and micro and small businesses will be linked to EBLR. RBI also announced that further consultations would be held with stakeholders to develop an effective mechanism for transmitting rates.

EBLR in banking is extremely relevant because banks cannot offer loans to customers lower than the EBLR rate. Banks use EBLR to decide the Home Loan interest rate and interest rates of other loans. Therefore, it is crucial to understand the EBLR meaning and the relevance of EBLR in banking.

Instructions Given by RBI for Using EBLR in Banking

Personal loans and other retail loans, as well as loans to small businesses, have floating interest rates based on EBLR. Banks can opt to provide such loans linked to the EBLR to other categories of loans too.

Banks have to follow the same external benchmark for a particular loan category. This has been done so that the borrowers can get transparent, standardised, and easy-to-understand loan products.

The bank can adopt up to one benchmark for any loan category. EBLR is not a new interest rate structure. All banks have to link their Home Loan floating interest rates to the EBLR.

The RBI has allowed lending banks to decide the spread over the EBLR interest rate. However, the credit risk premium the bank charges from the borrower can only be increased when there is a significant change in the borrower’s credit assessment. In addition, the bank can alter other loan components, such as the operating cost, once every three years. Banks need to reset the interest rate under the EBLR a minimum of one time every three months.

Why a Shift from IBLR to EBLR?

Several issues with the IBLR (Internal Benchmark Lending Rate) have led to the shift to EBLR. Some of these have been listed below.

Benefits of EBLR for the Borrowers and the Banks

The EBLR rate benefits the borrowers and the lending banks in several ways.

How does EBLR impact the borrower’s EMI outgo?

As a result of persistent surplus liquidity conditions, banks reported a significant improvement in transmission based on the increase in outstanding loans linked to external benchmarks.

A Home Loan taken out before October 1, 2019, is most likely to be linked to MCLR. The MCLR Home Loan is linked to a one-year MCLR rate and banks add their own margin/spread on the MCLR rate to get you the final interest rate.

As a borrower, you can switch your Home Loan linked to MCLR to an external benchmark by informing your bank.

The Impact of EBLR on the Economy

The notable increase in EBLR-based lending will lead to a remarkable improvement in the transmission of monetary policy. The monetary policy transmission shows how changes made to the policy rates by the central bank affect various segments of economic activity, like lending and inflation. 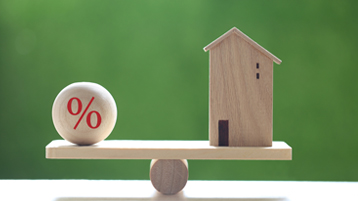 What Is Immovable Property? Know About It Types And Legal Rights