Delhi is essentially an Indian Union territory situated in the northern region. Located on the Yamuna River's bank, it is one of the cities with the fastest growth. It contributes to various industries in India, including handloom, IT, fashion, textiles, and electronics.

Mumbai, the capital city of Maharashtra, is the most valued and one of the best Indian cities. It is said to be the city of dreams and a city that never sleeps. There are seven islands in Mumbai, each with a unique area listed below.

Kolkata, the capital of West Bengal, is another smart city in India. Additionally, Kolkata served as British India's previous capital. The Howrah Bridge on the Hooghly river in the city is the busiest in the world. It is one of India's largest cities with essential ports. The name Kolkata is derived from its former name, Calcutta. The city covers an area of 1,380 sq. km. In addition, Kolkata had a population of 4,486,679 in 2011.

Different ethnic groups live in Kolkata, including Hindus, Muslims, Sikhs, Jain, and Buddhists. Bengali, however, is the state language of Kolkata. It is one of the best cities in India to live in. You can quickly get house loans here to get your own dream house.

It is India's most populated and developed metropolis known for its food, fafda and jalebi, and business prowess. Out of every ten diamonds, 7 or 8 are polished in Surat, making it the 'Diamond City.' It is a booming city that contributes to the polishing and cutting of 92% of the diamonds in the world.

Hyderabad is another well-known city in India. If you're planning to shift to a city most suitable for technology, Hyderabad is the right choice. It is Telangana's capital and the most populous city. Hyderabad served as the state capital of Andhra Pradesh from 1956 until 2014. However, Andhra Pradesh was divided in 2014, and Hyderabad was reorganised as a part of the Telangana State. The city spreads over a distance of 650 km2 in total and is situated on the banks of the Musi River.

The capital of Tamil Nadu is Chennai. The city is referred to as the South India Gateway and is the oldest modern city covering 426 km2.

When the Portuguese founded British East India, Chennai was historically known as Madras. It was built in the seventeenth century without a design. However, we may observe enormous temples built in the Dravidian architecture in Chennai. There are more than 600 Hindu temples in Chennai, most of which are devoted to the Lord.

The tenth most populous city in India is Jaipur. Jaipur, the Paris of India, is particularly well-known for its tourism. Due to numerous tourist attractions and the predominance of the colour pink, Jaipur is referred to as the 'Pink City.' Jaipur is one of the first designed cities in India.

Maharana Pratap, a powerful monarch from Rajasthan, gave all of the cities in that state their distinct identities throughout history. Alwar and Jaipur city are approximately adjacent.

The largest & capital city of the Indian state of Karnataka is Bangalore. The people in the city speak several languages, including Tamil, Telugu, and Kannada. It is regarded as India's IT hub and, thus, is currently the largest developing Indian city with a rapidly expanding economy. It was officially renamed Bengaluru in 2006.

Bangalore's history is hard to come by because of how quickly this city is developing. Additionally, the fact that so many large corporations are investing in businesses there has the primary benefit of increasing their employment rate.

The geographic centre of India is Indore. We can clearly state that Indore is the nation's cleanest city and the capital of Madhya Pradesh. Also, India's centre for education is at Indore, which spans a total area of 525 km2.

The city was discovered in 1715, close to the Narmada River. The city is currently expanding its manufacturing of textiles, cement, chemicals, furniture, and recreational products, among other things. Other traditional manufacturing processes in Indore include handloom weaving and pottery manufacture.

Poona is the city of Pune's former name. The second-largest city in Maharashtra, Pune, is the Maratha people's home and is therefore referred to as the Queen of the Deccan. Pune is also the second IT hub, covering a total of 516.18 km2.

If we look at history, the Mughal Emperor briefly controlled Pune, but Maratha rule prevailed most of the time. As the capital of the Bhonsale Marathas, Pune city first gained prominence in the 17th century.

The top ten smartest cities in India offer world-class amenities with picturesque historical places clubbed with modern conveniences. You can apply for a house loan if you plan to shift to any of the cities to seek better job opportunities and living conditions. 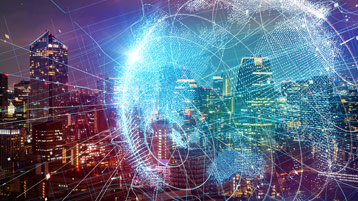